Good news for readers who have been enjoying my multi-author paranormal series, TULSA IMMORTALS!

DARKHEART’S SALVATION, the revised and extensively expanded version of the previously published short story of Silas Darkheart & Valentina Moretti’s romance is finally finished and will go live on Monday, December 11th.  You can pre-order your copy of this new novel now at Amazon or read it for FREE with your KINDLE UNLIMITED subscription once it goes live on the 11th. 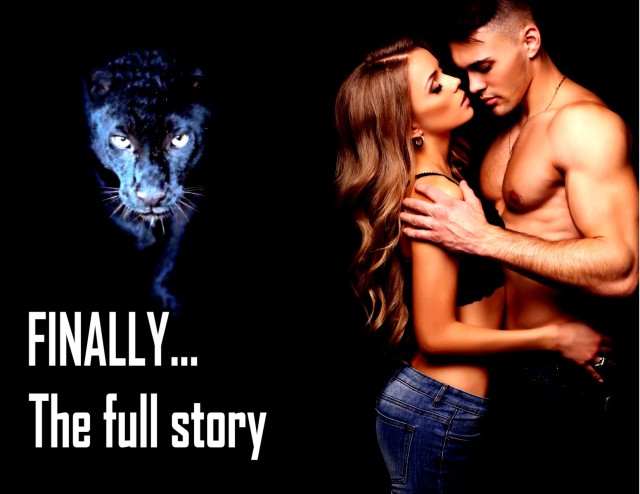 Continue reading for an excerpt from the book.

Here’s the cover & the blurb:

Dedicated Native American shifter, Silas Darkheart, serves the Twin Ravens MC as an Immortal Enforcer. One day, he locks eyes with the one woman who destiny intends to be his FOREVER.

But Valentina Moretti has a dark and unhappy history with “Others”, and instantly flees right into the arms of a killer. After saving Valentina’s life, Silas works tirelessly to keep her safe while she hides away with the MC. Unable to woo his mate in person, Darkheart wins Valentina’s heart through their shared dreams.

Eventually, Silas returns to Tulsa to help Valentina discover her own inner strength and the wonders of “Others” in Oklahoma. Just as it looks like smooth sailing for our lovers, an old threat returns. Can a surprising band of rescuers save day so that Darkheart and his Wildcat can find their forever?

If you enjoy reading about Alpha males who have a sweet and cuddly side, and their Sassy ladies who discover their own badassery, you will love Darkheart’s Salvation.
Contains some adult language and explicit sexual content. Not intended for readers under 18 years of age.

SIZZLING HOT EXCERPT from the book…

The following is an excerpt from DARKHEART’S SALVATION by Audra Hart.  This is copyrighted material that I have shared in this blog post for your reading enjoyment.  This excerpt contains some coarse language and depicts some sexual activity.  As such, it is not intended for readers under 18 years of age.

Darkheart picks a decidedly delicious way to settle the playful dispute. First he sweeps his plate and mug aside so that he can snatch Tina from her chair and plop her bottom on the kitchen table in front of him. “Brace yourself, female,” he orders darkly. Tina suspects breakfast is about to take a decidedly carnal turn, so she reaches behind herself to plant her hands on the table. With a devilish gleam in his eyes, he slowly pushes the hem of his flannel shirt up her long legs to expose her uncovered core.
His chuckle is unquestioningly wicked as he lifts each leg in turn to place them over his shoulders, exposing her neatly trimmed pussy for his perusal. Inhaling deeply, man and beast alike growl their pleasure over the perfume of their mate’s arousal. “You may have the bacon, female,” Silas declares pompously with a smirk on his sharply chiseled face. He lowers his head and begins to trail kisses up the inside of her right leg. “I will simply partake of this delicacy.” As though to demonstrate his meaning, Darkheart’s hot, wet tongue swipes teasingly up along her slit to swirl around her already engorged clitoris.
The erotic move causes Tina to moan and her arms begin to tremble slightly. She moves them to get better purchase, but comes into contact with an abandoned breakfast plate.

“Ugh,” she groans in dismay, but her tone instantly changes as her mate’s talented tongue continues to work its magic. “That’s… uh… amazing. Truly.” She pants when he repeats the action, taking special care to torment her sensitive clit with lavish attention. “Truly, really so truly amazing…” Darkheart chuckles against her glistening flesh at his female’s suddenly impaired vocabulary. “Oh my… I can’t… Oh my…” She moans and arches her back to rock her hips forward to meet his skillful tongue as tremors rack her body, making her arms threaten to buckle. “If you keep doing that to me while I am sitting among our dirty breakfast dishes, I will end up with sticky syrup in my hair and heaven only knows where else… Oh. My. Gosh! That’s so naughty, and so very delicious,” Tina pants breathlessly as her body surges forward, desperately seeking more pleasure from her mate.
Reluctantly, Darkheart concedes that seducing his mate among the dirty breakfast dishes might not be the ideal setting for consummating their mating. Tina’s dismay is evident when she moans; “Oh… we’re stopping?” Silas can’t help the satisfied smirk that curls his lips, claiming his mate in the kitchen isn’t what he had in mind for their first time. Instead, he contents himself with planting a couple of sweet kisses on her throbbing sex before trailing kisses down the inside of her left thigh.
“Next time, I won’t be dissuaded from making a meal of you, Wildcat,” he threatens playfully as he lowers her legs before capturing her mouth for a consuming kiss.

Get your copy at  http://getbook.at/Darkheart