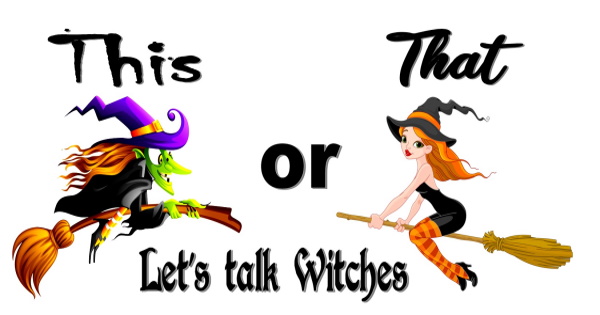 I have witches in many of my books, particularly my Road Witch series.  Most of these fictional characters are gals I would not mind going out with to get a beer with now and then, but a few are downright nasty, mean, and  well – just plain evil.  But can’t the same be said of almost any group?  I am not going to get into Wicca, and other facts/fictions surrounding witchcraft, instead, let’s have a bit of fun!

There is a new movie coming on HBOMax October 22 about Witches?  The trailer looks like this one will be a HOOT!  #TheWitchesHBOMax Roald Dahl’s The Witches – Official Trailer https://www.youtube.com/watch?v=9nlhmJF5FNI

A young boy stumbles onto a witch convention and must stop them, even after he has been turned into a mouse.  Director: Nicolas Roeg, Writers: Roald Dahl (book), Allan Scott (screenplay), Stars: Anjelica Huston, Mai Zetterling, Jasen Fisher.

LiveScience, in their web article “13 Halloween Superstitions & Traditions Explained” Tells readers that the now iconic image of a cackling, warty, wrinkled, and very ugly witch likely springs from a pagan goddess who was honored during Samhain.  She was called “The Crone”, not a disrespectful moniker at the time because back then, living long enough to become a crone was an achievement, it was assumed these “elders” had achieved a bit of wisdom along the way.  However, over time this goddess of the turning seasons, wisdom and change has come to be stereotypically portrayed as menacing and always up to no good.  Too bad.  I guess Ageism has been gaining steam for a long time now.

Modern fiction is bursting at the seams these days with cute, kind, witty and often hilarious witches.  Don’t believe me?  Go to Amazon.com and search Paranormal Cozy Mysteries in Kindle Books.  Personally, I am fan of the modern, cozy witch.  What about you?