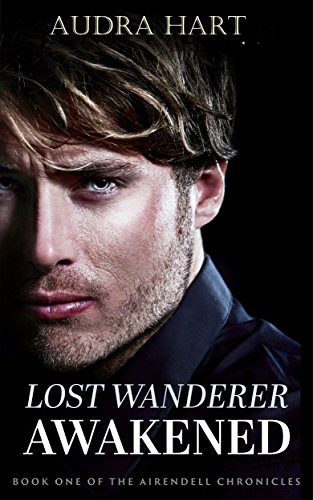 In Book One of this Trilogy you will read an Epic Saga of Love, Loss and Triumph.

SEARCHING FOR HIS LOST LOVE

Lucian Michaels, a centuries old Spell Weaver and Vampire, is a powerful alpha male who has never faltered over the centuries in his quest to reclaim his one true mate. His unwavering devotion to his mate has him searching for her, knowing she will eventually be reincarnated and returned to his loving embrace.

Morna Glynn Michaels, a former warrior and powerful Spell Weaver, has been trapped for nearly 600 years, living in the shadow of a wicked curse. Forced apart from her true mate as she is repeatedly reincarnated…always sensing that her destiny is just out of reach.

The tall, statuesque woman stands on the hill overlooking the group of mourners in the cemetery below.  The icy wind whips her long silver hair across her face.  She doesn’t really notice the mourners or the freezing rain soaking her hair and cape.  Her memories have carried her nearly six hundred years back in time…

Kyera knew she would arrive too late to save him.  The vision she had received from their ally had been unmistakable:  Marcus, her master and mate, comes across a beautiful bronze-haired Spell Weaver deep in a trance.  The ancient vampire has a fondness for the blood of those touched by magic.  His intense thirst makes him careless, so he doesn’t detect the approaching female Spell Weaver as she hurries to the glen to join her beloved.

Marcus has nearly drained the male immortal’s body of blood when the victim’s wife comes upon them.  Her boundless rage strengthens the iron-lion spell she weaves through her body.  Her seething ire is fueled by terror that she has come too late to save her beloved, her man of light.

The tiny Spell Weaver launches herself at the vampire.  The sound like shattering granite fills the air as she crushes his jaw with a single blow, breaking the vampire’s hold on her mate’s neck.  The ancient blood drinker falls on his hands and kneels as his body starts to heal itself.  The fire-haired girl leaps onto his back and grabs his head in her hands, with a fierce twist and savage pull; she rips his head from his body.  In her rage, she continues to rend the icy, stone hard body into pieces; the sound of shattering granite fills the glen.

Finally, she recovers enough from the blood red rage that has seized her to check on her love.  The ancient one’s venom is coursing through his body, and he writhes in agony.  His tortured screams fill her ears and shred her heart.  She fears his life force is ebbing away.  She’s certain the ancient vampire had drained too much of his precious blood for him to be able to heal himself, or even to survive the change.

The fire-haired Spell Weaver knows she has to dispose of the ancient vampire before she can safely tend to her lover.  She quickly gathers the bloody, granite like pieces of the vampire’s body and piles them for burning.  She grunts in satisfaction as she weaves the spell to start the blaze that will turn the stone cold monster to ash.  The sickly sweet, thick and oily smoke fills the glen, and clears the last remnants of fury from her brain, replacing it with overwhelming fear for her beloved.

The immortal female returns to her mate.  She kneels and weaves the healing spells over his writhing body.  His agonized screams fill their glen, and tear at her courage.  In her heart she fears this won’t be enough to save her mate.  Fear and utter desolation at the thought of losing the man she loves more than her own life chills her to the bone.  She closes her eyes and prays for guidance.  In utter desperation, she takes her dagger from her belt and slits her wrist.  She holds her shaking hand over his mouth to allow her life’s blood to trickle down his throat.  When she starts to feel faint she weaves a healing spell over the self-inflicted wound, and she prays that this frantic act will be enough to save her beloved.  She cradles the beautiful bronze head in her lap and sings the healing songs over and over as he thrashes and screams in agony.

She continues her vigil for three days until his agonized cries and writhing finally cease.  Her voice is just a hint of a whisper from the continuous singing.  Her strength is decimated from the repeated blood loss as she has continued to feed him her own blood to keep him alive during the long vigil.  Only her love and stubborn determination has kept her upright and singing during the three days that she cradled his struggling form.  Finally, she collapses in total exhaustion over his body.

Kyera, the tall, beautiful silver haired spell-weaver, turned dark witch finds the pair in the glen an hour after the fire-haired female collapses.  Her rage boils at the sight of the ancient vampire’s cold ashes.  She sneers at the pair of lovers.  Her fury and grief are fueled by the sure knowledge that she cannot kill the pair unless she is willing to forfeit her own immortality.  No Spell Weaver can deliberately kill another ascended magical being without losing their own immortality, except to save their own life.

The glen resounds with her blood-curdling scream.  The pair stirs from their stupors in time to see the dark mists swirling in the glen, and feel the power of the dark witch’s spell as it splits the air like lightning, as it chills them to their very souls.

The vicious words of her curse on their lives will be forever seared into their memories: “My love you have taken from me, The same I shall do to thee… Without reason or rhyme, Your lover shall chase you through time… Though I cannot take your life, I will fill your eternity with suffering and strife…Every time he finds you, from his arms you will be torn, And into a new life you will be born… Over and over through time you shall roam, Ever, just out of the reach of your blood thirsty man of stone.”